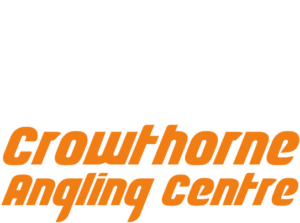 Only 1 left in stock

Goo has accounted for huge numbers of carp since its release. It is made by Kiana from a complex mixture of aminos and attractors, to provide the ultimate liquid for use in any fishing situation.

The Goo Smokes/Power Smokes are of a thicker viscosity and are designed for use on the outside of your bait. Due to their consistency they can be applied directly to the outside hookbaits, Funnelweb PVA bags, Method feeders, floaters, or similar, and will stay on during the cast. They can also be dried onto the outside of your hookbaits – including those already soaked in a thinner Supreme Goo – to create a ‘bon bon’ effect, and can even be applied to your freebies, although if doing so then you will want a stronger smelling Goo on your hookbait to make it stand out. The Smokes do vary in viscosity, and some of the really thick ones are best used in warmer water where they are able to disperse properly and create a cloud of attraction. They can also be added to spod mixes and groundbait, to increase attraction and create a cloud going down through the water column. It can be used on its own or in combination with other Goo to create your own unique smell/taste/colour profile.

Any Goo that is in the Supreme/Bait Smoke range is of a much thinner consistency than the Smokes/Power Smokes, and is designed to penetrate right into the core of a bait if soaked in it for long enough. This means that it gives off attraction for far longer, with the Goo continuously leaking out of the hookbait for many hours after it has been cast out. It is very soluble, even in colder water, and as well as giving off attraction via flavour/smell, it also produces a cloud of colour giving a ‘halo’ effect around your hookbait.It works well when hookbaits have been soaked in it over a longer period of time to allow the Goo to soak right into them, and our Infuza tubs are perfect for this. It can be used on its own or in combination with other Goo to create your own unique smell/taste/colour profile.

Each bottle contains 115ml and has a nozzle for easy application – including into PVA bags – and to prevent spillages, with a screw top.